How I Designed My Concept Based Logo From Scratch

How I Designed My Concept Based Logo From Scratch 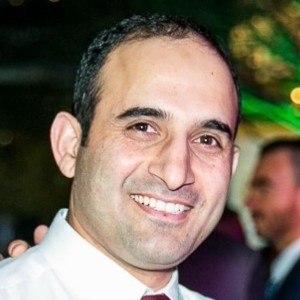 On February 20, 2020, Thursday evening 2145 hours; I was sitting in my car along with Zia Mazaffary; a thoughtful friend and a real mastermind. The windows of the car were rolled down for the fresh air to pass through. The weather was pleasant and both of us were enjoying hot saffron tea at a roadside cafeteria. Sharing common interests in web and graphics designing, and being obsessed with my brand and logo, we started discussing a perfect logo for my website and other stationary like business cards, letterhead etc. And guess what, we came up with a magical design concept before we could finish our tea. Read through the blog to know how we did it.

It was a great journey with lots of enthusiasm, brainstorming and hard work to come up with a logo that would conceptualize my brand theme and brand identity Thy Coach. I am so excited to share my journey with you so that you could benefit from it in any way possible. There is a saying that “Success lies on the other side of action taken”. I truly believe in it and I have experienced it by myself on many occasions of my life; the recent one being to come up with a brand concept and then giving it a formal shape by adding a logo that represents the concept behind its being.

Often people give up soon after they start and that is why the majority of people fail to take their idea to the next level. One of the important reasons to that is that people often think of being a perfectionist, which means that they want their idea or brand representation or their logo for that matter to be the best among everyone around. Such people keep on thinking and thinking and thinking but the only thing they miss is the action; taking that first step to giving their idea the first incomplete and imperfect shape. Hence they give up. Alas! something great stopped from coming to reality.

4 Months to Finalize My Logo

How I Came Up With Brand Idea

But let me tell you how it took me 4 months and finally settle with my final logo concept that truly represents my brand identity. Initially, I thought that I will use my own name as my brand image and which is what majority of the people think of when they come into the coaching industry and let me tell you that it is perfectly fine and it has given a lot of publicity to lots of life coaches across the world. But then I thought that I want to leave behind a legacy not only with my personal contribution but by creating a brand that will last long after my gone.

Back in my childhood, my dad used to teach us a proverb and that was “I Shout Thy Shout Who Will Carry The Dirt Out” . This is where I borrowed the first half “THY” of the brand name Thy Coach from. Thy is an archaic or dialect form of yours. Thy (of a word or a style of language) no longer in everyday use but sometimes used to impart an old-fashioned flavour.

My first logo concept was a text logo with THY COACH displayed in a vertical manner one on another; where I extended the letter ‘Y‘ from Thy to touch the top of the letter ‘A‘ from Coach. I was quite fascinated with this idea and used it for a few weeks but then I thought it is not representing my vision of the brand. So I continued to improvise on its looks and now I added a flying man to the logo (borrowed from coachtofortune.com). But then it was not ethical to use a logo that does not belong to me, therefore I went ahead and changed the logo again. This time I came with a concept where Thy Coach was displayed horizontally with Alfarn Regular font and the icon was represented with a spiral of circles. It looked good but I was not satisfied and moved on with this one but my outcome was not met.

Now I designed a flower represented with three petals overlapped with each other in a unique way. For the text, I used Ysans Std Mondrian Regular font and displayed it horizontally. It was looking great and as usual, I go a good feedback from my close circle, friends and family and I was taken by surprise after listening to comments and compliments. I am thankful to every single one of them in being a direct or indirect part of my brand design journey.

One of my close friends Zia Mazaffary asked me that the logo looks great but what does it represent? I was speechless as I could not explain what it stood for, of course, it did not represent my concept. His questions put me into deep thought and I could not explain what it was. On my next meeting with him, we again discussed my logo, he was very humble as usual in sharing his thoughts about how I could incorporate my concept into my logo which will speak for itself. After discussing for a couple of minutes, I took out my laptop and launched my adobe illustrator and took out a new canvas to started redesigning my logo. To keep the design geometrically in symmetrical I used Golden Ratio technique. He guided me how he would see the logo look like. We tried a couple of options in the next 20 to 30 minutes we both came up with a 100% customised logo. This time it was designed so that it reflected the life transformation, the concept behind in the logo and I was so happy to see it evident. I am sure you too will observe the concept in the logo comes out vividly.

Last Design Before The Final One

My last but one logo was designed with a globe with wings on either side. I placed the text Thy Coach was in the middle of the globe. This design was possibly the closest to my concept wherein the globe represented the reach and the wings represented the freedom or success. It also meant setting the world free of negative beliefs. However, the globe in a logo is an overused concept.

Within a short span of time a brand new design was ready with all the components redesigned from scratch. In this version, the emphasis and focus were more on the letter ‘A’ from the word coach from Thy Coach. This time it represented the transformed version of letter ‘A’ in Coach with a caricature of a successful person celebrating freedom with his hands flying in the air. Another angle of looking into the logo is that man is set free emerging from the letter ‘O‘. The final version looks such that the word Coach is prominent and occupies major space of the logo and the word Thy is cursive taking a place on top of the letter ‘C‘ of Coach and letter ‘A‘ represented by a transformed version of a successful and freedman. The concept of transformation was well displayed in the new version of the logo and I must thank Zia Mazaffary to bring the concept to being by probing about it and guiding me through.

Ladies and gentlemen me writing this blog is again because of my friend Zia Mazaffary who encouraged me to tell the people the story of how you came up with your logo. Of course not for my personal benefit but for the benefit of the people who own a concept but give up on it after taking a few steps towards its being. Remember the golden rule that “Success lies on the other side of action taken“. Stay consistent in trying to bring out the concept to its being by taking small actions. And don’t forget to surround yourself with a circle of influence which moves you, motivates you, pushes you, encourages you and above all believes in you more that you do.

I have already updated my final design on my social media accounts.

Please leave a comment below if you like my blog or if you feel my idea can inspire you to continue working on your concept to get better day by day or if you are inspired to stay consistent with your action to bring your brand idea to being.